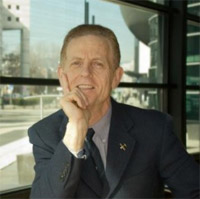 Dr. Patrick O’Sullivan teaches Business Ethics in the doctoral programs at ISM. O’Sullivan was formerly a Senior Lecturer and MBA Program Director at Cardiff University Business School, and was appointed as full Professor at Grenoble Ecole de Management (GEM) in September, 2006. From September, 2009 to September, 2012 he has been Head of Department of People Organizations and Society at GEM.

He has extensive experience in teaching at all levels and in academic administration. His teaching specialities include business ethics, critical scientific methodology, political economy of the European Union as well as managerial economics and in recent years he has developed a wide range of international teaching experience.

Dr. Jack Hampton is a Professor of Business at St. Peter’s University in New Jersey, a…

For over fifteen years, Professor César Baena has been involved in academia, as…