Shanghai- Paris of the East 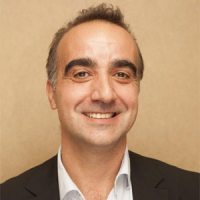 So here we are – back from Shanghai and a 2-week unforgettable stay in the city that never stops. First timer in China, it was quite an experience that the promise "study with ISM in the economic and business center of China" offered us to live...

As such the city of Shanghai can best be summarized as per Pr Yuann reminder; "the good news about Shanghai is that there are no rush hours. The bad news about Shanghai is that there are no rush hours..." It is indeed always rushing, honking (even at 02.00 am, trust me), lane jockeying, with electrical motorcycles and bikes continuously driving upstream (lightless, "noiseless" and on the sidewalks, that is), with whistling traffic officers only adding to the confusion (if anything else). A web of streets, bridges, upper, lower, wider lanes, and an insatiable need for driving flat out, if only to the next traffic light. So, so much for the very first impression one can get, when landing in the 5th largest city of the world.

Now once the Fudan University premise was safely reached, a (re)known world appeared to me. The one where good English speaking teachers will openly share their vision of a (maybe too) fast moving China and admit that imperfections are to be found (and may last), yet time may soon be coming for thorough adjustments. No more a simple factory to the world, the economy and political system will face dramatic issues ahead if things (e.g. corruption, education, health and social welfare, aging population and unbalanced demography) are not getting any fairer and better in the coming times. Indeed the three classes I attended (Doing Business in China – Pr. Yuann, Marketing in China – Pr. Fan and Chine Economy – Pr. Yu) where highly educative for me, especially as for hearing how "from the inside" (even though the Professors have all spent some years outside of China), Chinese scholars were going to share with us, foreigners, their educated understanding, experience and expectations of China. Quite open and enriching discussions with loads of information to take home and aggregate.
Among us, ISM (e-MBA, PhD, DBA) fellows, the ambiances was just what the ISM is all about. A "bunch" of 30 (about) well-travelled and educated people, reaching a point in their life and career where seating on the benches of a (remote) class shall be all about improving their understanding of the world and each other's cultures. A point of honor was made in spending quality time together, discussing, debating, teasing, comparing and learning about this smaller (and smaller) world we are all living in. Adding that may be 9 out 10 of us are (or were) living outside of their home countries, made it even more genuine, if not global. And for me, this is unique.

Out of classes occupations were spent catching up with the office, sharing drinks and meals in poshy and lesser poshy parts of the city, between us or with expatriate friends, while (traffic)fighting our way back to our respective hotels and (wireless)fighting our wifi connection back to the external world (you know the one with proper internet speed, full functional Google and unleashed Facebook). The week-end was shared between travelling to the capital city of Beijing for some, or travelling to the "older" part of the city for others, as it was my case, looking for a remotely authentic, genuinely Shanghaiing (or Chinese) reminder of the beauty of the past. It was somehow a not so easy task, as the city's expansion and the fast-paced uplifting of the country has erased many things from not so distant ancient (tradition rich) times, with an efficiency to be frightened of (in the 12 days, I have walked to the University, I have seen built (from scratch) and opening a high-end bakery, whereas weeks if not months may have been necessary in in my western part of the world). Walking in the most touristic places was also eyes opening for me, as for witnessing the rhythms and level of outer westernization of the young population, not to mention the attitude and eagerness of its ("pristine new") upper class. As one of our Asian fellow was telling me "one may wonder, where is their soul to be found in all that?"

So, since I have been back to France, I have struggled to try to summarize my feelings of this first experience from within (somehow). I will say that my appreciations of the city of Shanghai (and some part of China) is like "a roaring train", one of those heavy duty ones which will not stop until hastily forced to, and in which one shall board, running otherwise the risk of being left/run over by it.

Straight ahead, east of Paris.

As a DBA student based in the United States, I chose ISM due to the diverse student body comprised of working professionals from a…

When pursuing a doctorate degree, no matter your circumstance, you will inevitably receive the question, “How do you do it?”…

For nearly the last two decades, I have been a full-time student for the majority of my professional career. I have had a family for…