The ISM Student Blog provides insight into life at ISM. Bloggers are current students and recent alumni who are excited about sharing their diverse learning experiences in ISM’s programs. Explore this blog to learn more about life at ISM, and how the program benefits students in the long run. You may also want to follow ISM on Facebook or join the conversation on Twitter.

My Silver Lining During Online Classes

I joined ISM’s IMBA program in July 2020, intending to move to Paris in January 2021, start classes in person, and have the robust MBA experience abroad that I’d always imagined. However, COVID-19 had other plans for me as the second wave started in France and classes remained online through winter 2021 and beyond. I was torn and not sure if I should bite the bullet and head over to France anyway, or if I should spend some more time in the United States and wait for the vaccine.

How to Stay Motivated During the COVID-19 Pandemic 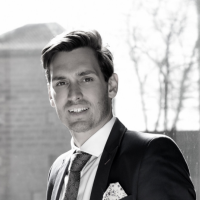 During this difficult time living through a pandemic on an unprecedented scale, everyone is facing day-to-day issues with handling everyday life, getting tasks done, and preventing procrastination. The motivation that usually comes from the anticipation of certain things like meeting with friends for dinner in a restaurant or weekend trips is impossible in the current situation. Even watching your favorite club's soccer game, a date in a bar, vacation planning, or strolling through shops in the city center, which used to be a festive highlight in weekly planning, are hardly possible. Habits and regular daily routines can often become obstacles in adapting to changes and new things.

Almost at the Finish Line!

It’s hard to believe that I came to France one year ago, in September 2017, to start my studies at ISM. So many incredible changes have happened since then, many because of my experience as an IMBA student at ISM. The most rewarding experience has been the friends I have made and the people I have met in my year here.

Living and Studying in Paris: The Pros and Cons

When I tell people I studied in France, one of the first questions they ask is, “How was it living there?” And that is a valid question, as it’s extremely different living in Paris as a student than traveling there for vacation or visiting as a tourist. I would say the experience of living in Paris is far better than just coming to visit for a week or two. 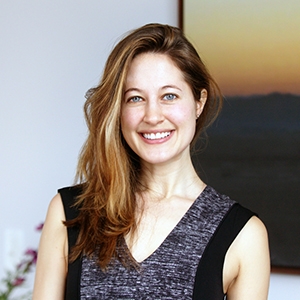 It’s hard to believe that almost an entire year at ISM has come to an end! All my courses in Paris are over, and soon my ISM classmates and I will be embarking on two weeks of classes in New York City. This year has been such an incredible experience, and I am sure New York will be as well. But now, with classes ending soon, it’s time to think about my thesis. As IMBA students, we get another year to find a topic, research for it, write our thesis and present a draft to ISM. And then (probably) multiple revisions from there. It can feel like an intimidating process for many students; it certainly does for me!

A Crash Course in Tech

It is hard to believe that my time at ISM is coming to an end! I feel grateful that I still have a few classes left and some time remaining in Paris before I head back to New York. Two recent classes I had at ISM which stood out to me were “Digital Marketing” with Professor Desmond Cooney and “Technology Trends in Business” with Professor Elias Hadzilias. I was very much looking forward to both classes and they did not disappoint! Part of the reason why I enjoyed the classes was because both professors were particularly engaging and used video clips and websites to bring alive the topics being discussed. The other reason I enjoyed the class is because technology is becoming vital in the world of business, and I know little about it!

One of the most common things I was told when I mentioned that I would be starting an MBA program to friends and family was, "You are going to do a lot of group projects." That sentence was interesting for me because I couldn't tell if they meant it positively or negatively!