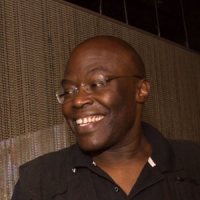 My name is Anthony Brown, but most people call me Tony and most of the people I’ve gone to school with since high school have called me T. I grew up in a section of New York City called Harlem, my four younger brothers and I were orphans raised by our Aunt, and I was lucky enough to win scholarships to a private school and then later to Harvard and Stanford, where I got my MBA. I’ve been fortunate to have led an interesting life. When comparing notes on goals and dreams back in high school, I offered up a list of almost completely unrelated occupations against my friends’ goals to be doctors or lawyers. Their derisive attempt to change my nickname to “Renaissance Man” failed, and I became that much more determined to lead a life of many different roles and occupations. Somewhere in college I determined that the right title for these unfocused things that I wanted to be was “Businessman,” and since then I’ve been a manufacturing guy, a currency and derivatives trader, a management consultant and a headhunter. I’ve worked in healthcare, high tech (and extremely low tech), financial services and not-for-profit. I’ve worked with all kinds of people. And I’ve had a great deal of fun.

The past few years, however, have been different from those before. As I emerged from a period since the global financial meltdown of focusing on my children (who are now, basically adults), and focusing on my health (an autoimmune condition put me on crutches for over two years), I was also faced with the first-time challenge of having to chart a course and make decisions. Always in the past the next new thing seemed to flow out of whatever I had been doing - I would meet a business, or a business leader, and become wildly excited about the next new (ad)venture.

This time, for the first time, serendipity was not at hand. So I spent time thinking about how I’d like to structure this next (and potentially final) phase of my career. I decided that I wanted to do something that brought all of my earlier experiences together. I decided that I wanted to be an entrepreneur. I decided that it would be fulfilling to do more teaching than I’ve done in the past - to share all these experiences that I value so highly with others. I also realized that I missed the international exposure that had been part of my work life for many years. I determined that I was sorely in need of the kind of self-renewal I had found in going back to school in the past. I’ve found that in the right school program, I learn as much or more from my fellow students as I learn from the books and professors. So I became focused on finding that right school program.

Over the past several years I had heard a great deal about ISM. I have friends who are currently in ISM programs. They all speak highly of the coursework, the professors, and the school. They rave about the flexibility and the ability to coordinate school work with the demands of their jobs and careers. They are delighted about the international flavor embedded within the structure of the institution. Some of them are teaching and are passionate about opportunities to teach classes all around the world. It became clear that if I could gain admittance, the DBA course at ISM was the right program for me. The application process was demanding. For one thing, it was somewhat disheartening to be told by my college that they had to reach into the physical archives to retrieve my transcripts. (They don’t keep anything that ancient online…) And it was quite a long list of articles that make up the application package. What I found, however, was that all of the things I worked on pulling together, particularly the things I had to write, forced me to think through this decision to return to school and to become clear about what I was doing and how this experience would fit into my life. I also found all of the ISM staff with whom I dealt helpful, thoughtful, and focused on helping me make the right choices and decisions. As I embark on this new and challenging adventure, I am confident I’ve made the right choice and excited about the ways in which ISM will help make me a stronger “Businessman.” 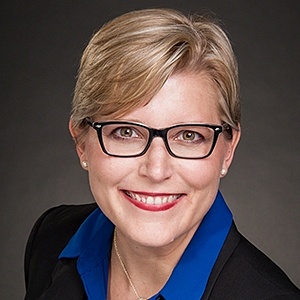 As a DBA student based in the United States, I chose ISM due to the diverse student body comprised of working professionals from a…

As 2017 comes to a close and 2018 rolls in with new expectations and opportunities, many people mark the start of the new year by…

For nearly the last two decades, I have been a full-time student for the majority of my professional career. I have had a family for…