The French people are not friendly.

You will not survive unless you have good knowledge of French language.

These are some of the most popular words of advice that you will hear when you mention that you are planning to study in France. But are they right? Is Paris really an expensive city for students to live in? Are the French people unfriendly? Will you get lost if you don’t have at least a basic level of the French language? The answer is NO- all of what you heard about Paris is untrue. .

The only one thing that may be somewhat accurate is the prices. Of course, Paris can be an expensive city but based on my experience, it depends about how much knowledge you have about the city and its systems. For example, I always show my student card wherever I go and have found that there are often discounts available, even if they are not advertised. As a student, you can enjoy the student rate at the museums, concerts and cinemas in order to get in closer touch with the local community. The transportation is not cheap. However with my student card, I receive reduced prices. If I just want to take a bike ride in the city, I can use the Velib bikes which offer cheap annual rates for students. I can use it the whole day long to enjoy sunny days. So what about the French people? There are plenty of stereotypes describing French people as being rude or anti -foreigner. Don’t believe these myths, I’ve met a lot of people from different countries, and I can say that the French are among the friendliest and most helpful people I have ever met in my life. However, there are still cultural differences between different nations which may lead people to misunderstand and to think that French are rude. The key is to spend some time reading and educating yourself about French cultures and traditions, likes and dislikes, basic norms and cultural customs. Understanding these aspects of French life can help to avoid any actions that may make you stand out. I have found that the French language can also be a magic key to receive friendly treatment. I understand that French language is not easy. The grammar and the pronunciation are difficult, but the result of hard work can be rewarding. Learning some basic key words can get the job done, and nobody should spend a year in France without learning at least the basics of such a romantic language. 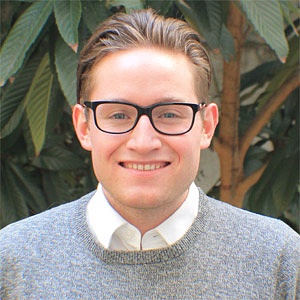 It is clear that pursuing an Executive MBA program while working full-time is without a doubt challenging. It requires…