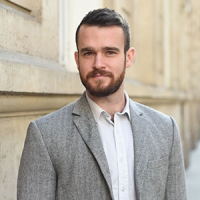 In April of 2016, I quit my job, broke up with my girlfriend, hugged my mother, and set out for the open road. I was off to live my dream and had no idea what to expect. My life was a blank page with nothing but the word “adventure” scribbled in the corner. I had spent the last several years plotting, planning, and devising a scheme in which I could see the world and improve my resume while I was at it. I had always wanted to spend a year traveling, and I had always wanted to get my MBA. Why not do both at the same time? Thus, I decided to do just that. I would travel for six months and then do my MBA abroad. I spent a good year researching schools, and eventually I found a small school in Paris that had a program focused around entrepreneurship. I hadn’t heard of the school, but, after discussions with the admissions team, meetings with previous students, and lots of other research, I was convinced that ISM was the school for me. Within the year, I was accepted, and I had my start date: October 2016.

Fast forward to April, and I was off. Between April and October, I would eat sushi in Japan, ride a motorcycle for 3,000km through Vietnam, see the ancient temples of Angkor Wat in Cambodia, have drinks on the rooftop bars of Singapore, dive in the crystal-clear waters of Bali, surf the shores of Australia, and hike the mountains of Peru. By the time I got to Paris, I didn’t know how much more adventure I could handle. I was happy to settle into the French lifestyle and dig my teeth into my classes. My only issue was I knew no one. It was my first time in France, and I knew roughly how to say the word “bonjour” in French. Quickly I realized this wasn’t going to be as simple as I had anticipated.

My first weeks were a whirlwind. I met some amazing people in my program and was able to rather quickly find a social group. I started French classes and settled into my Airbnb. By month two, I could order my food in French, was living in a steady apartment, and had my very own Navigo metro card. By month three, I felt like I was getting acclimated to the ebbs and flows of being an expat in Paris. The greatest thing of all: I loved the ISM program. When I first began to look at MBAs, I’ll be honest, it was as much about the credential as it was about getting the actual education. I expected long hours of crunching numbers, writing reports and late nights in the library. To my surprise, I was far more engaged and excited about school than I ever had been before. The classes were small, often 10:1 or sometimes even less. This allowed for direct engagement with the professors and encouraged meaningful conversations within the class. The professors were engaged and the students were interested. Classmates quickly became friends. As opposed to other schools I had visited where the MBA classes were taught in large halls with a lack of personal interaction. At ISM, I was constantly in the middle of the conversation.

Today, I couldn’t be happier about my experience here in Paris. The exchanges with my professors have inspired me to pursue my entrepreneurial aspirations, and I am getting the education to support them. Through working with professors, faculty, and students alike, I am in the process of developing a business plan which I hope to launch next year. The most amazing thing? Instead of writing a 50,000-word thesis, ISM encourages students to develop a business plan instead. The hours I am spending pursuing my passion and developing my business are earning me school credits!

I am not sure what the second half of this adventure holds for me, but I can tell you I am excited to be here and I am excited to learn. With the experience and education I am gaining here at ISM, I truly believe I am being equipped with the tools I need to turn the business dreams in my head into reality. Now to work on my French…

The Charming City of Paris

Whenever I travel to Paris for classes, I try to stay a day longer to get to know the city more as Paris is very charming. You will… 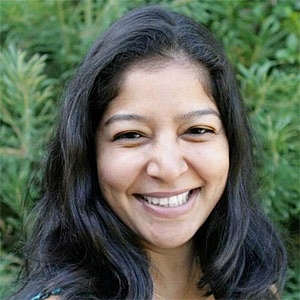 "What have I put myself into now?!!!" I thought to myself, slapping my forehead repeatedly. This was my state of mind as I pondered… 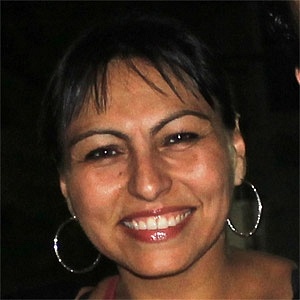 Slaw (hello) from Kurdistan! My last post mentioned how my application to move to Iraq had been successful. So here I am in Erbil,…