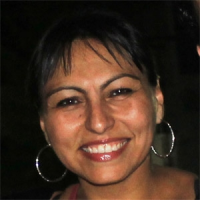 Slaw (hello) from Kurdistan! My last post mentioned how my application to move to Iraq had been successful. So here I am in Erbil, in the Iraqi Kurdistan region, where I've been since January 26.

Leaving Mozambique was intense. I had three weeks to do everything, from settling my work affairs – where everyone at work wants you to finish the projects you had for the year a few days before moving – to the multiple farewells which make departing so emotional and both heart-warming and heart-breaking. I also had to decide what to bring with me to my new place, and what to leave behind. Since I don't have a residence elsewhere and I move around like a nomad, this was rather time-consuming and had to be done mostly after working hours. In the end, all had to go, either to new owners in Mozambique or to Erbil. The visa process was also something else and caused me a lot of stress and pain.

Since the Erbil airport is closed for international travel until at least May 2018, I had to transit through Baghdad, where security is quite heavy. I must have undergone at least three body and hand luggage searches between the time I landed in Baghdad and boarded the next flight. I finally made it to Erbil, where I have been to the field twice, undergone a safety and security training that involves a simulated kidnapping, using fire extinguishers, and learning how to perform CPR. I also found a new flat and settled at work, which started right after landing. I've put in a lot of reading to learn about my new location, its culture, history, and some basic survival words in Kurdish and Arabic, as English is not a street language here. I have still not managed to regularise my sleep, though, which means I am tired all the time.

On the MBA front, I have found two possible new and local subjects for my dissertation, since my options of doing a case study of projects in Mozambique appeared quite daunting as traveling there is cumbersome once your residency visa has expired. The good thing is that one of my subjects corresponds with a project I will lead on as part of my job, which will allow me to dedicate quality time to it and have it validated both from a practical and professional perspective, as well as an academic one. I will be working on it in the coming weeks while I attempt to finish the marketing e-course that I have put aside while going through this move. After all, one of the purposes of moving to this new position was to be able to devote more time to the MBA and attend face-to-face seminars more often!

After getting to know more about my study program and the school itself, I must say there is truly a reason why the school has the…

One of the most common things I was told when I mentioned that I would be starting an MBA program to friends and family was, "You…